Education:
Bachelor of Science in Psychology, Birmingham-Southern College
Master of Education in Professional Community Counseling, The University of Georgia College of Education

My name is Lauren Garrett, and I have been the student assistance counselor at Altamont since 2017. I received my undergraduate degree in psychology from Birmingham-Southern College, and then went on to receive my Master of Education in Counseling from The University of Georgia. I am a Nationally Certified Counselor (NCC), and an Associate Licensed Counselor (ALC). As a counselor, I operate from the philosophy that all individuals are good, strong, and capable of reaching their highest potential. Here at Altamont, it is my goal to help the students have the most successful and growth-filled experience possible! With issues like family dynamics, peer relations, body image, college applications, grades, and so much more, middle and high school can often seem overwhelming and anxiety provoking. However, given a safe and supportive space to confront and process these hurdles, both students and parents can see these years as more manageable and opportunity filled.

2. Alabama Board of Examiners in Counseling

These procedures are subject to change throughout the year.

Students are welcome to schedule an in-person session with Mrs. Garrett. Please email her to set up a time.

The Student Support Team meets weekly to discuss student progress and communicates their recommendations with individual students, parents, teachers and advisors. Each student at Altamont has a faculty advisor, a teacher who is a genuinely interested adult advocate and friend. These advisors ensure that lines of communication always remain open among students, faculty and parents. In addition, each grade has two designated faculty sponsors who work with students to promote honor, relieve stress, keep grades in perspective, provide a forum for age-appropriate topics, and foster relationships within their class and with faculty.

Students can email Mrs. Garrett (lgarrett@altamontschool.org) or stop by her office see if she is available for a session. Parents are also welcome to email or call Mrs. Garrett (205-445-1243) to request a session for their child or a meeting to discuss concerns

Help Sessions for those students who seek extra help in their classes are held in each of the core subject areas each week on the afternoon preceding the test day for that subject. Members of the faculty encourage students to take advantage of the resources which are provided for them, and are available for help throughout the school day.

Peer tutoring is an effective teaching and motivational tool available for students who are struggling in one or more of their courses. Using teachers' suggestions and students' ideas to structure sessions, tutors help their peers understand concepts and build study skills. Peer tutors meet in the library once or twice a week before or after school.

Learning and classroom accommodations are provided to students at Altamont based on expression of need by the family and student, observable need in the classroom, and valid evaluation/diagnosis from a medical professional.

Please contact Mrs. Garrett (lgarrett@altamontschool.org) to set up a meeting to discuss your child’s needs and possible solutions.

How to Talk to Kids and Teens about Coronavirus

7 Ways to Support Kids and Teens Through the Coronavirus Pandemic

How to Help Kids Handle Disappointment

The Discomfort You're Feeling is Grief

It's Okay to Not be Okay

How Parents of Children with ADHD Divide Up Their Time

How to Cement Your Child’s New Home Learning Routines

How to Explain Coronavirus to a Child with Anxiety

Coping with Fatigue, Fear, and Panic During a Crisis

Supporting Teenagers and Young Adults During the Coronavirus Crisis

Support for Teens and Young Adult

Age-Related Reactions to a Traumatic Event

Coping Skills--What can you do, in this moment, to care for yourself and feel better?

How do I talk to my child about gender identity?

Talking to your child about gender identity can be intimidating, but following some of these suggestions will help guide your conversation and answer questions your child may have. While this can be a difficult conversation, any time we can help our children be more knowledgeable about someone else’s life, we have the opportunity to also help them be more compassionate and empathetic individuals. Although we do not know for sure how many people are transgender, recent research shows that up to 1% (1.5 million people) of people in the U.S. identify as transgender, so this is a very important topic to discuss with your child.

To begin, here is an example of what you might say to you child:

Sometimes we may think there is only one way to be a boy or a girl. But there are actually lots and lots of different ways to be a boy or girl. Before a baby is born, there is a really complicated series of events that determine whether we are a boy or girl. There are chromosomes, which is the biological material babies get from each parent; there are hormones, which is a chemical that can change how we develop; and there is the brain, which develops in ways we don’t fully understand. All of these parts of our biology determine how our brains develop, and how our bodies look. When we are born, doctors look at our outside body parts and say whether we are a boy or a girl. But it is more complicated than just that. Our outside body parts are only one part of what makes us a boy or girl. Because it is so complicated, sometimes how we look on the outside doesn’t match how our brain feels on the inside. Remember, how our brains develop sometime doesn't match how our outsides look. There is nothing wrong with this, it just means that person has a different experience than you do.

For people who are born this way, they sometimes identify themselves as transgender. All this means is that how a person’s gender looks on the outside doesn’t match how their gender feels on the inside. So being transgender simply means that a person has changed on the outside to match how they feel on the inside. Sometimes they just change their name, clothes, and hair, and sometimes they have surgery to change their bodies.

A person who says they are transgender is exactly the same as everyone else, except that their gender works a little differently. Remember, everyone is born with traits that make them different than other people. Maybe you need glasses, or have curly hair, or ADHD. We are all different from each other and that is what makes things interesting! Even if we don’t understand or agree with how someone is, it is always important to treat them with respect and care.

Questions you may have:

What is the difference between gender identity and sex?

Sex is a label (male or female) that is assigned at birth based on the chromosomes and genitalia you are born with.

Gender is a social and legal status and a set of expectations from society. Gender describes how you are expected to act because of your sex.

Gender identity is how you feel inside and how you express your gender.

Some people’s assigned sex and gender identity fall in line with one another. These people are called cis-gender.

What does it mean to identify as transgender?

“Transgender” is a term for people whose gender identity and gender expression does not conform to that typically associated with the sex to which they were assigned at birth.

Questions your child may also have:

Why are some people transgender? There is not a single explanation for why some people are transgender. Many experts believe that biological factors such as genetic influences and prenatal hormone levels contribute to the development of transgender identities.

How does someone know that they are transgender? There is no one single experience of how transgender people know that they are transgender. Some individuals can trace their identities and feelings back to their earliest memories. Some people may spend years feeling like they don't fit in without really understanding why, or may try to avoid thinking or talking about their gender out of fear, shame, or confusion. Trying to repress or change one’s gender identity can be very painful and damaging to one’s emotional and mental health. As transgender people become more visible in the media and in community life across the country, more transgender people are able to name and understand their own experiences and may feel safer and more comfortable sharing it with others. For many transgender people, recognizing who they are and deciding to start gender transition can take a lot of reflection. Transgender people risk social stigma, discrimination, and harassment when they tell other people who they really are. Parents, friends, coworkers, classmates, and neighbors may be accepting. Despite the risks, being open about one’s gender identity can be a life-affirming and even life-saving decision.

What does it mean to “transition”? Transitioning is the time period during which a person begins to live according to their gender identity, rather than the gender they were assigned to be at birth. While not all transgender people transition, a great many do at some point in their lives. Gender transition looks different for every person. Possible steps may or may not include changing your clothing, appearance, name, or the pronoun people use to refer to you (like “she,” “he,” or “they”). And some people undergo hormone therapy or other medical procedures to change their physical characteristics and make their body better reflect the gender they know themselves to be.

How do I support someone who is transgender?

The first step to supporting someone is educating yourself about issues and being aware of what your biases might be.

Do not make assumptions about transgender people’s sexual orientation, desire for medical treatment, or other aspects of their identity.

Get support in processing your own reactions. It can take some time to understand and adjust to new expressions of gender and gender identity.

Step in if you see or hear bullying taking place. It is never okay to bully or tease someone based on a trait that they have or express.

Above all, respect each individual’s experience.

Please click here to view strategies and resources from Tamara Hamilton of Cliff Valley Institute for supporting students who are "anxious learners."

Screenwise: Helping Kids Thrive (and survive) in Their Digital World

The Teenage Brain: A Neuroscientist’s Survival Guide to Raising Young Adolescents and Adults

“Doing School”: How We Are Creating a Generation of Stressed Out, Materialistic, and Miseducated Students

The Gift of Failure: How the Best Parents Learn to Let Go so Their Children Can Succeed

Recommendations from the counselor. 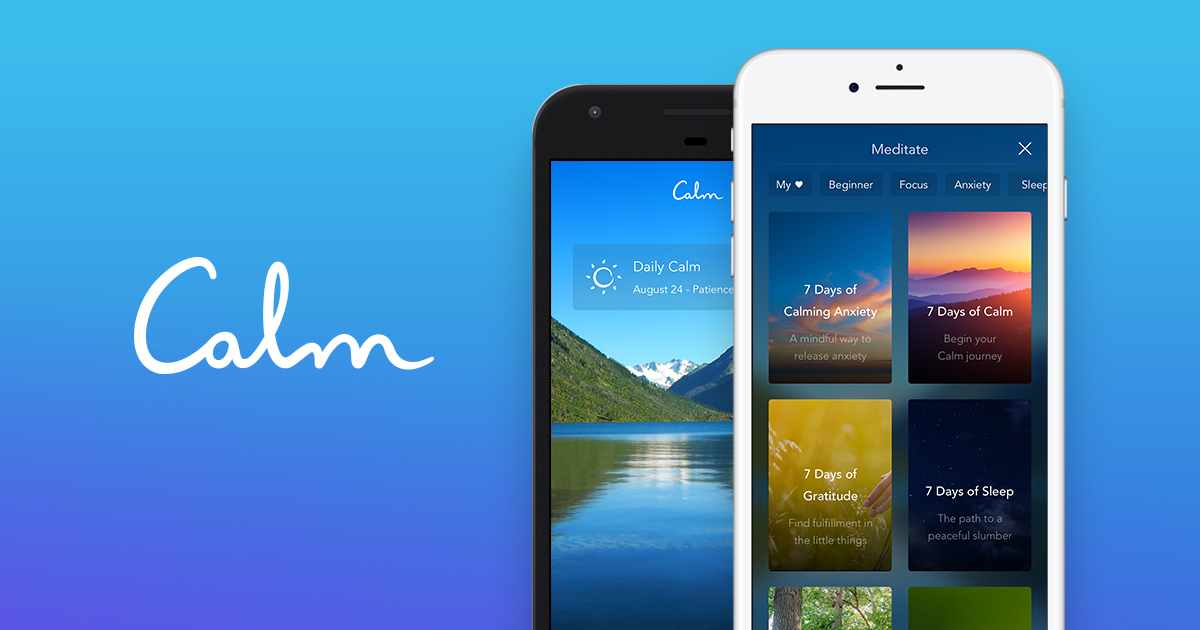 Are you and/or your child feeling overwhelmed by stress, obligations, or expectations? Try implementing some meditation and mindfulness activities into your morning or evening routine! The app "Calm" can guide you in short and easy activities to reduce negative emotions in your life!

Mindfulness for Children - Well Guides - The New York Times
Children of all ages, parents, and caregivers can benefit from mindfulness.

Parents are Exhausting Their Children. An Eighth-Grade Boy Explains How.

Why Are More American Teens Suffering from Anxiety?

Today's Students May Be Emotionally Unprepared

How Helicopter Parenting Can Cause Binge Drinking

15 Apps and Websites Your Kids Are Heading to After Facebook

"The Key To Success- Grit"
from TedTalks

Kim Brindley Lunch-n-Learn
Strengthening Your Relationship with Your Teen