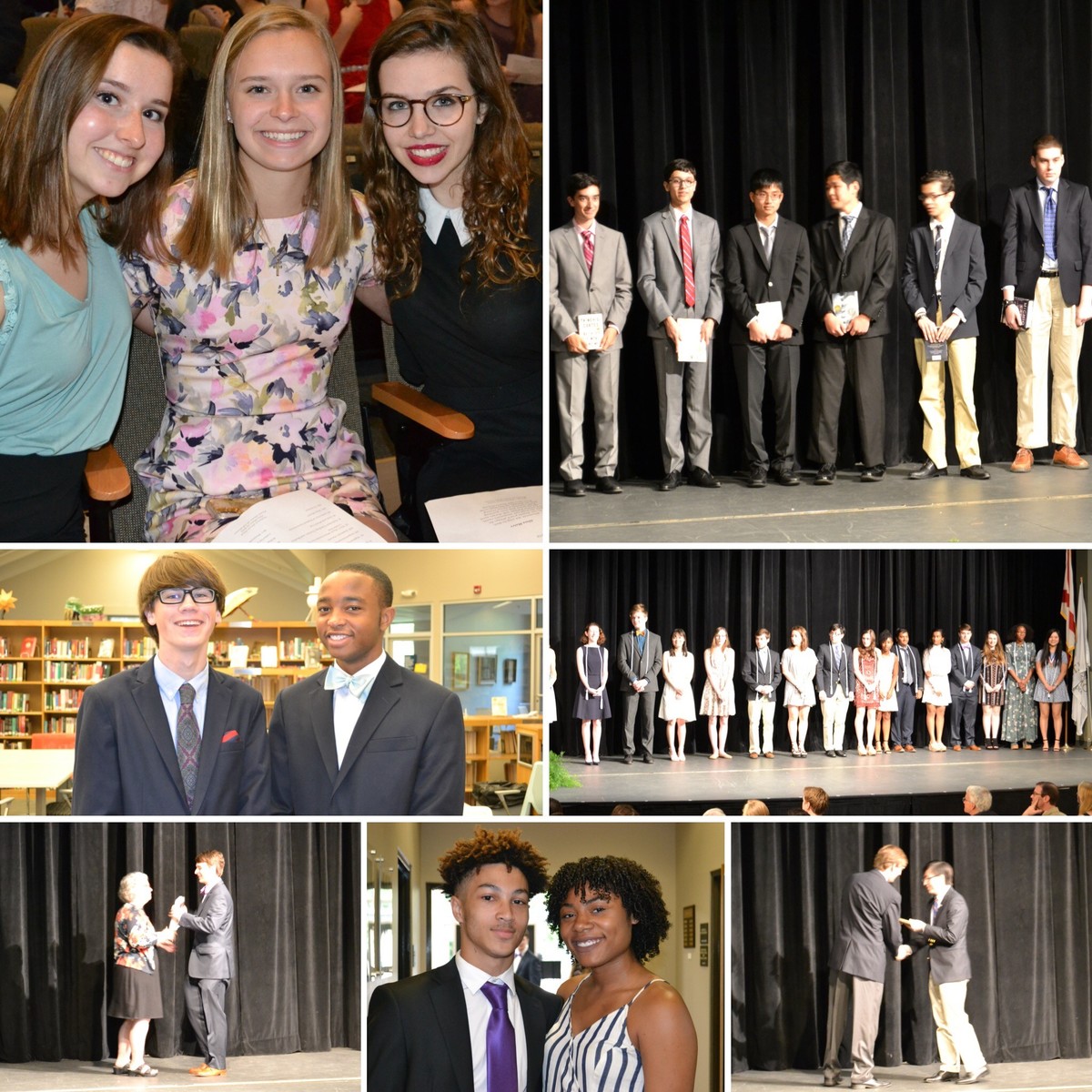 On May 16, 2018, Altamont held its Upper School Awards ceremony in the Cabaniss-Kaul Center for the Arts. Below is a complete list of award recipients.

Book Awards
Every year, prestigious book awards are given to deserving juniors. Altamont enjoys longstanding relationships with the colleges and universities represented below and with alumni who honor us with their interest in our students.

Ann Robinson Vrocher Alumni Scholarship: Annabel Mountain Davis
This award is given to a student who exemplifies the Altamont tradition of service, honesty, and school spirit and who is the son or daughter of an alumnus or alumna.

Spirit, Leadership, and Citizenship Awards
Paul Nii-Amar Amamoo Award: Trinity Yael Perdue
This award honors alumnus Nii Amar Amamoo '97 and his unfailing sense of service to his school and his kind consideration of peers and teachers.

Margaret Gresham Livingston Leadership Award: Isabel Brownlee Coleman
This award is given to an outstanding upper school student who exemplifies the ideals of the Altamont school: truth, knowledge, honor, and a commitment to excellence. It honors the more than forty years of service to Altamont by Mrs. Margaret Livingston.

William Ransom Johnson Dunn III Award: Joseph Scott Brown
This award recognizes a student who has unselfishly served the school as a leader and helper, often without acclaim solely for the good of the school and the student body.

Altamont Citizenship Award: Marie Eliane Guyader
This award is given annually to the person who exhibits the greatest awareness of, and involvement in, the world around him or her.

Faculty Cup: Lela Angielene Sutton
This award is given to recognize exemplary student leadership within the school community.

Hardenbergh Wall Award for Leadership in Ethics: Helen Claire Tynes
This award recognizes leadership efforts through the Honor Court presidency and serves as a memorial to Jane Slaughter Hardenbergh.

Class Awards
The next three awards represent the highest awards that can be won by boys or girls in the 9th and 10th grades and by the most qualified girl in the 11th grade.

9th Grade
Donovan Award: Lauren Kellie Perry
This award is presented annually to a student in the ninth grade for outstanding academic, athletic, and extracurricular achievement.

10th Grade
Smiley Award: Caroline Hendley Lee
This award is given to the outstanding tenth grade student who has achieved a notable academic record while also actively participating in extracurricular activities.

11th Grade
Allene Benners Martin Cup: Amrita Lakhanpal
The winner of this award is elected by a vote of the student body and faculty and must exhibit high personal standards combined with good grades.

The Salutatorian award is given to the student in the class with the second highest grade point average and an impeccable record. The Salutatorian traditionally opens the graduation exercises. This year's salutatorian is Matthew Soong Hamrick.

Gold and White Cup
A tradition that is as old as Altamont is the Gold and White Team Competition. All students, when they arrive at Altamont, are named members of either the Gold or White team. Teams compete all year for points in academics, extracurricular successes, participation in various school activities, and specific color competitions during Homecoming and May Day. The Team Cup goes to the team with the most points for the year.

The Gold Team captain is Matan Abrams and the co-captain is Allie Ritchie.

The White Team captain is Evan Poole and the co-captain is Thomas Hitt.

The 2018 winner of the Team Cup is the White team.