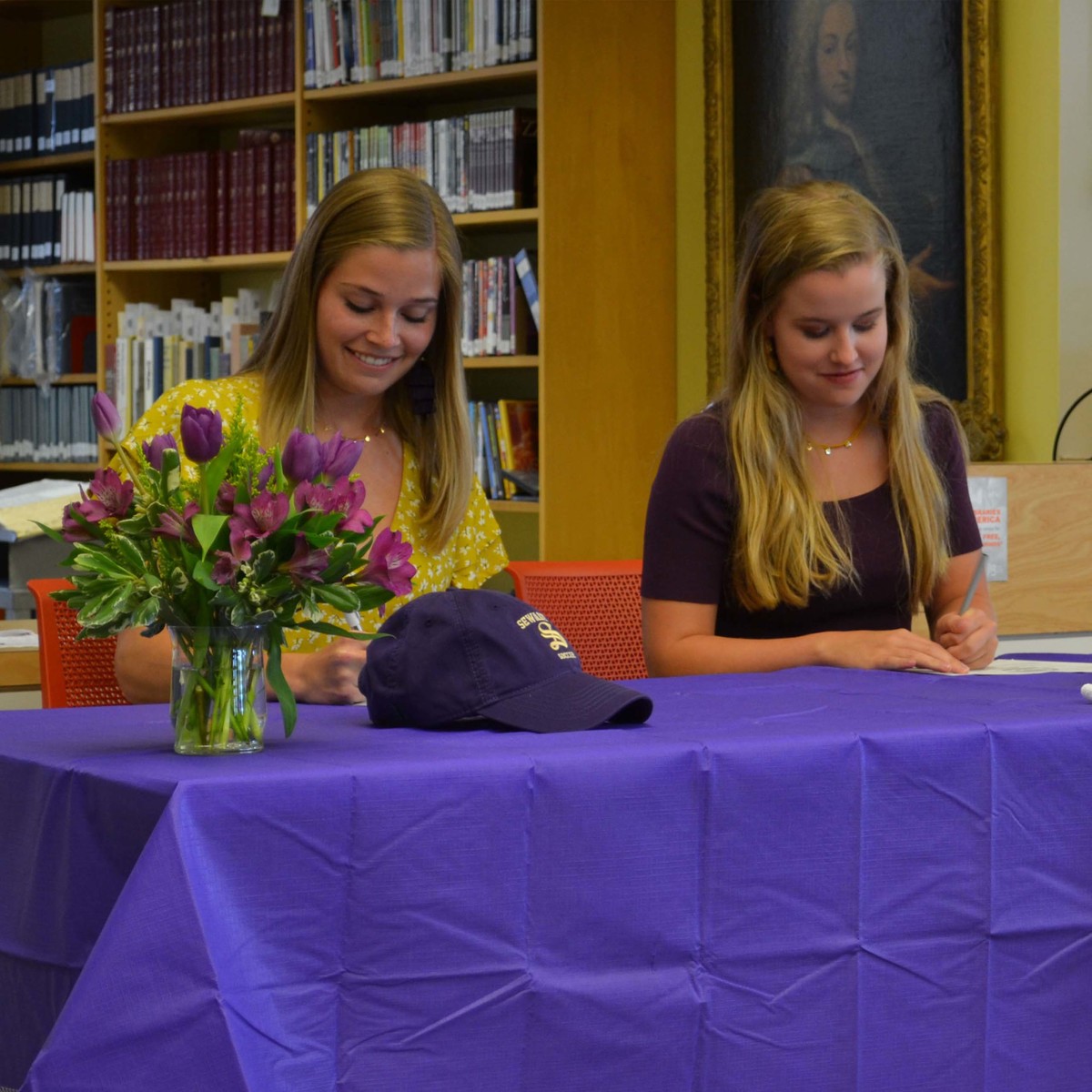 At an April 23, 2019, ceremony in the Altamont Rotunda, seniors Mimi Davis and Abby Lowe signed letters of intent to play NCAA Division III athletics for the Sewanee Tigers—Mimi in soccer and Abby in golf.

Abby will become one of only two Altamont golfers to play at the collegiate level. She has been a starter on Altamont's varsity team since 8th grade and has three consecutive undefeated regular season records. Her regular season record over five years as a Knight is 26-3. She has earned numerous awards including two second-place sectional finishes, two sectional championships, four straight trips to the substate tournament, and selection to the sectional all-tournament team the past two years.

Mimi has an Altamont career total of 95 goals. She hopes to break triple digits before the end of the season. Three times this spring she has been nominated as AL.com's Athlete of the Week. Mimi has earned numerous honors including selection to All-State and All-Metro teams for multiple years. She also plays on two club teams.

We are proud of all that Mimi and Abby have accomplished in their careers at Altamont, and we can't wait to celebrate their successes at the next level. Go Knights!