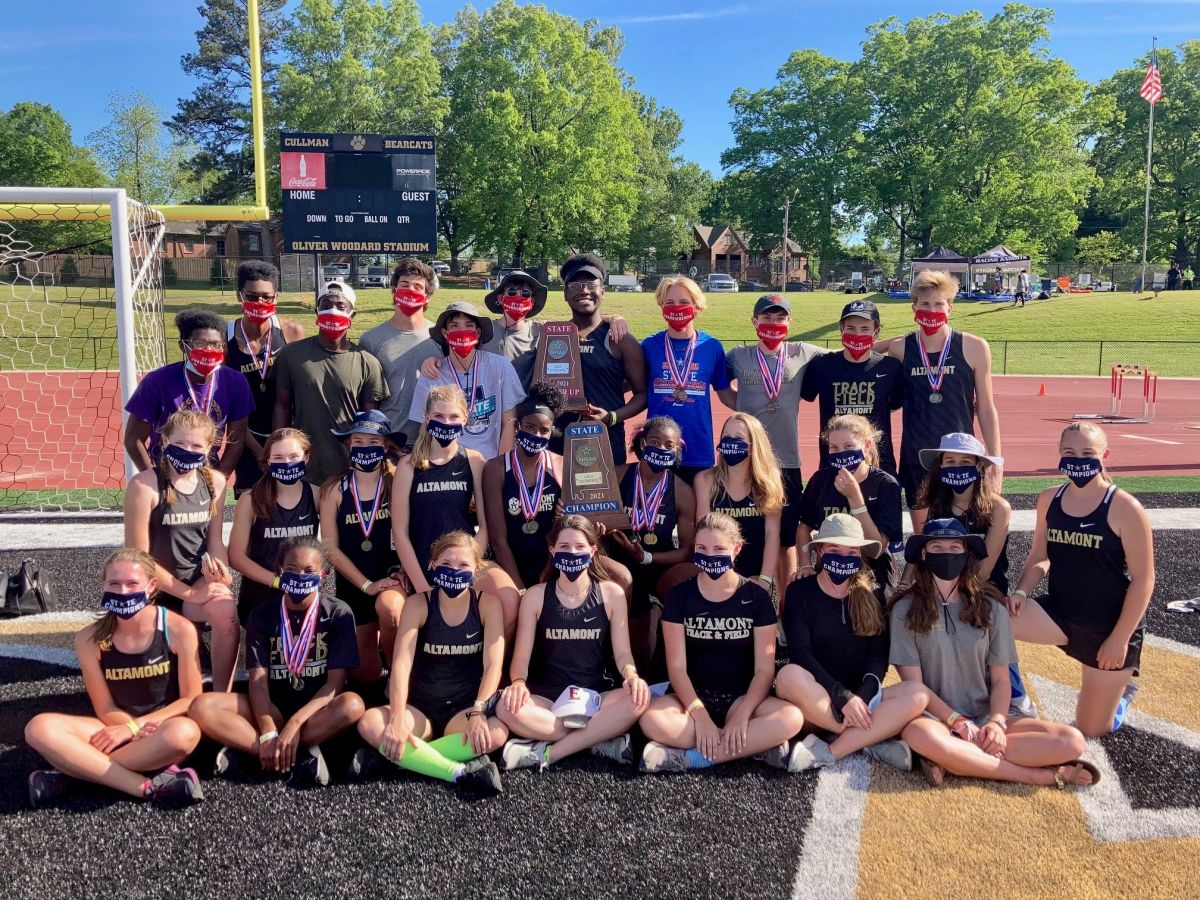 Altamont's girls and boys track and field teams had impressive performances at the 2021 AHSAA Class 2A Track & Field State Championship, held April 30-May 1, 2021, at Cullman High School. The girls team are the state champions and the boys team are the runner-up. The girls team took a commanding lead on Saturday morning in the team points and never looked back while the boys team fought hard to edge out Cold Springs and capture 2nd place.

Congratulations to all of our athletes on an excellent season. Additional Altamont state meet results appear below.