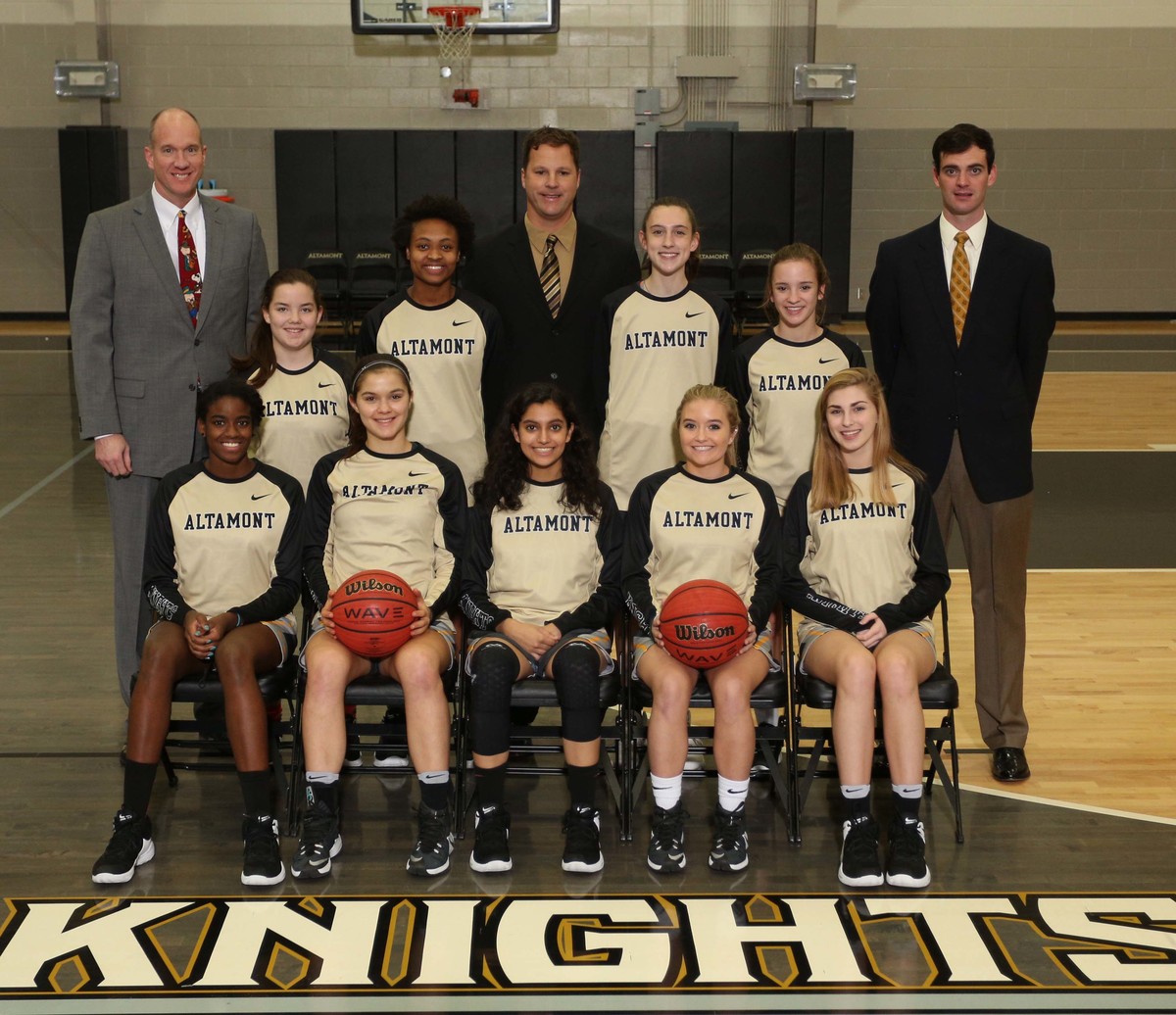 Altamont's girls varsity basketball capped a successful season with a Sweet Sixteen appearance in the AHSAA Class 2A State tournament on Feb. 15, 2019 at Wallace State Community College in Hanceville, where they fell just short to Red Bay. The Knights went undefeated in the regular season, securing the Area 10 title.

The girls were also undefeated in conference post-season play, winning the Area 10 2A championship for the 13th time in 14 years with a victory over Vincent High School. Named to the Area 10 All-tournament team were Kalia Todd, Samantha Torch, and tournament MVP Tianna Shelton.

Senior leadership from EB Hornak and Rachel Wright, propelled the girls to a championship in the John Allen Memorial Tournament and a runner up title in the Scholars-4 Tournament earlier in the season.