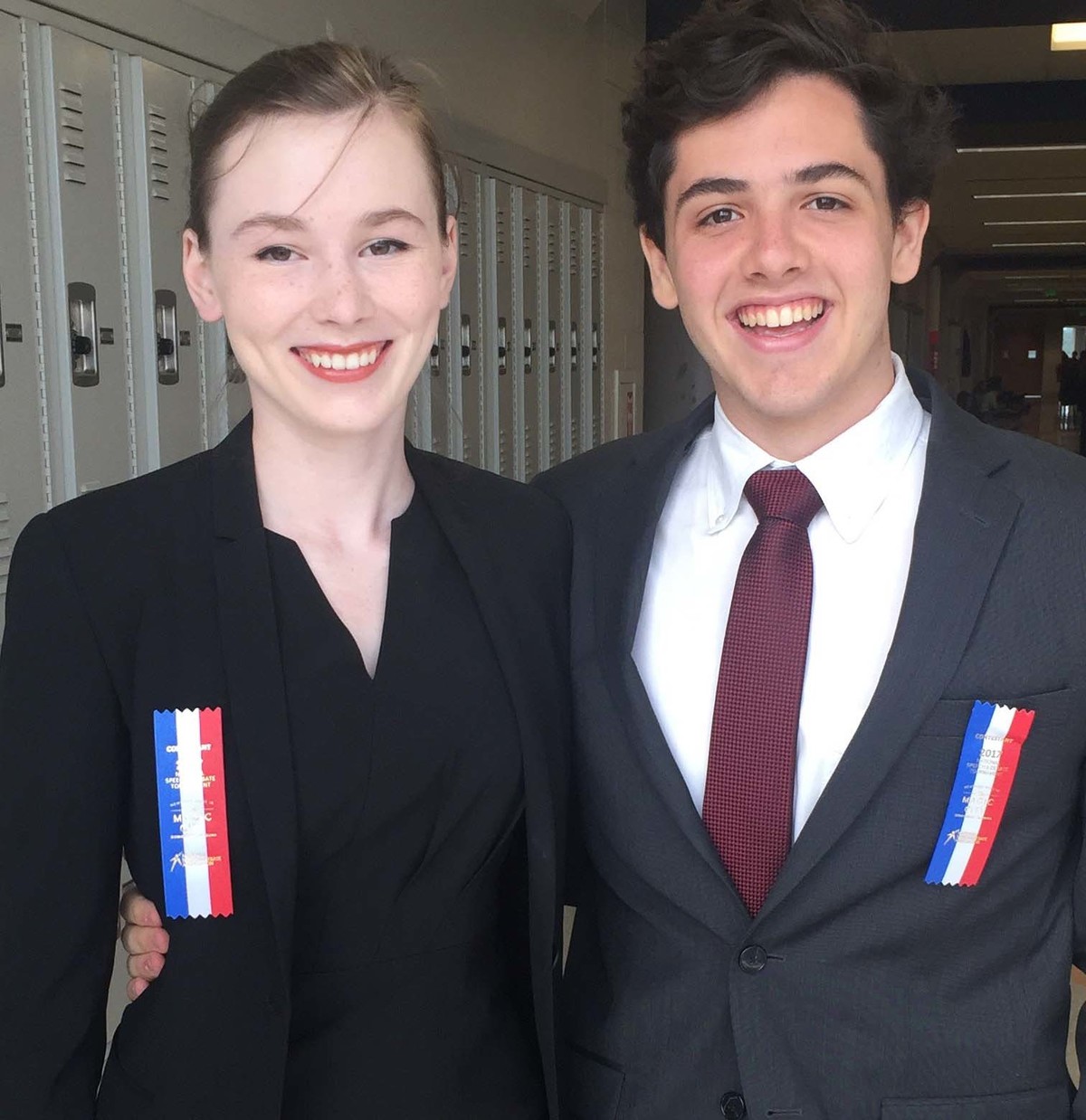 Rising Altamont seniors David Zell and Isabel Coleman were the top placing Public Forum team from the state of Alabama at the National Speech and Debate Tournament, held at locations throughout Birmingham, Alabama, June 18-23. Zell and Coleman were also the first team from Alabama to break the regional elimination round in Public Forum since the event's inception in 2006. They advanced 11 rounds, finishing in the Top 19 to 30, before falling to a team from Durham, North Carolina, that would go on to compete in the semifinals.

Rising eight graders Jane Grey Battle and JoJo Kelly advanced to the Octofinals of Public Forum in the Middle School section of the National Speech and Debate Tournament. Out of 500 students, they placed in the Top 15.

This summer, Zell and Coleman led a free week-long speech and debate camp at Altamont. During the 2017-18 school year, Katherine Berdy, director of Altamont's C. Kyser Miree Ethical Leadership Center, will take over as speech and debate teacher, offering three sections of the elective to upper school students and three sections of the elective to middle school students. For students with schedules that don't permit an elective, there will be an afterschool coach who works with the team twice a week.