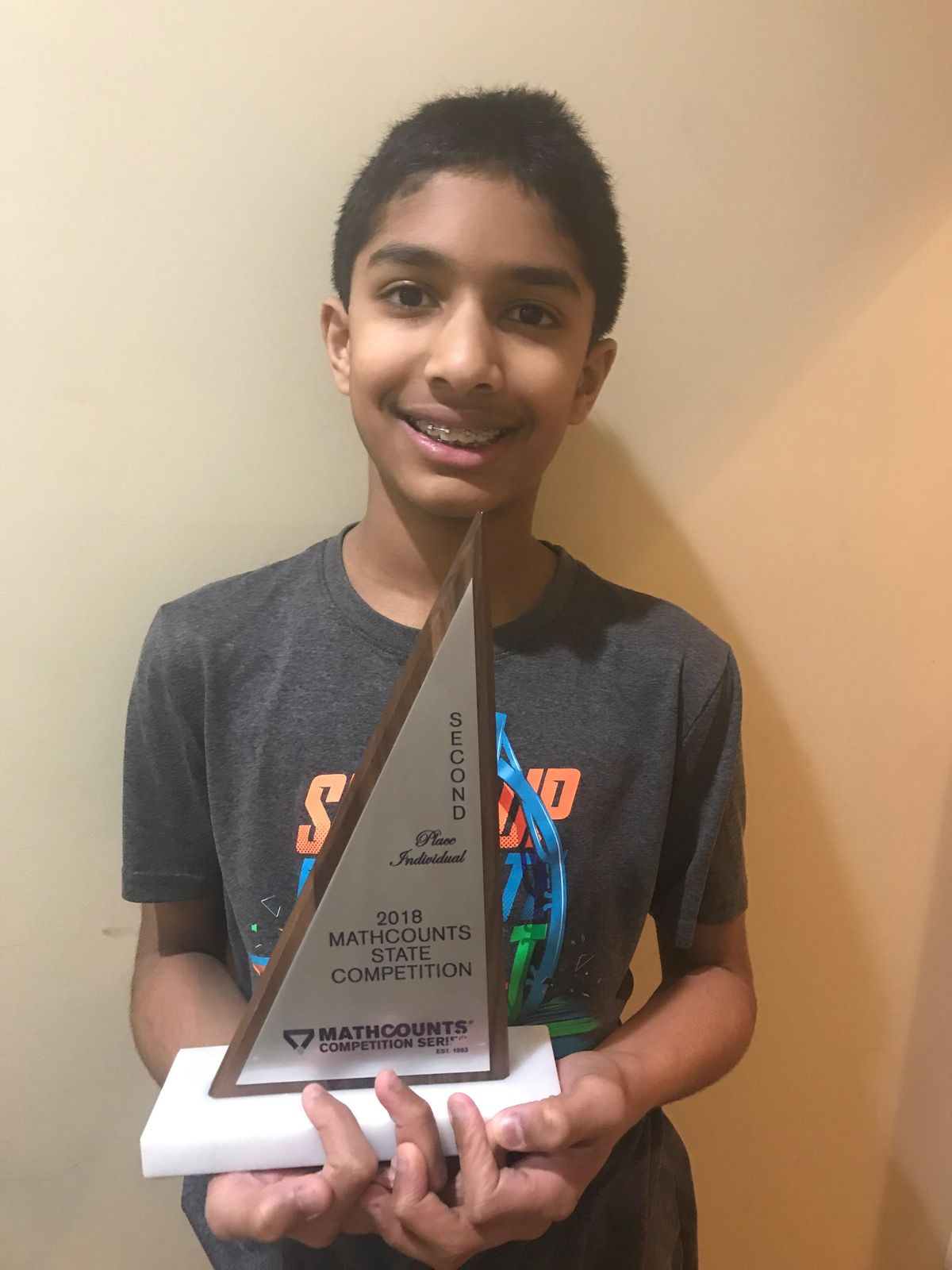 Altamont 7th grader Sid Doppalapudi will represent Alabama this May at the National MathCounts Competition in Washington, DC. Sid placed second in the state competition held March 17, 2018, in Montgomery, Alabama. He is one of only four middle school students from Alabama who earned a spot at the national competition.

The MathCounts Competition Series is a national program that provides students the opportunity to compete in live, in-person contests against and alongside their peers in grades 6-8. Approximately 140,000 students from all school systems worldwide participate annually in school MathCounts competitions, with about 40,000 students participating at the chapter competitions, the winners of which advance to the state competition.

This is Sid's second appearance at the national competition.