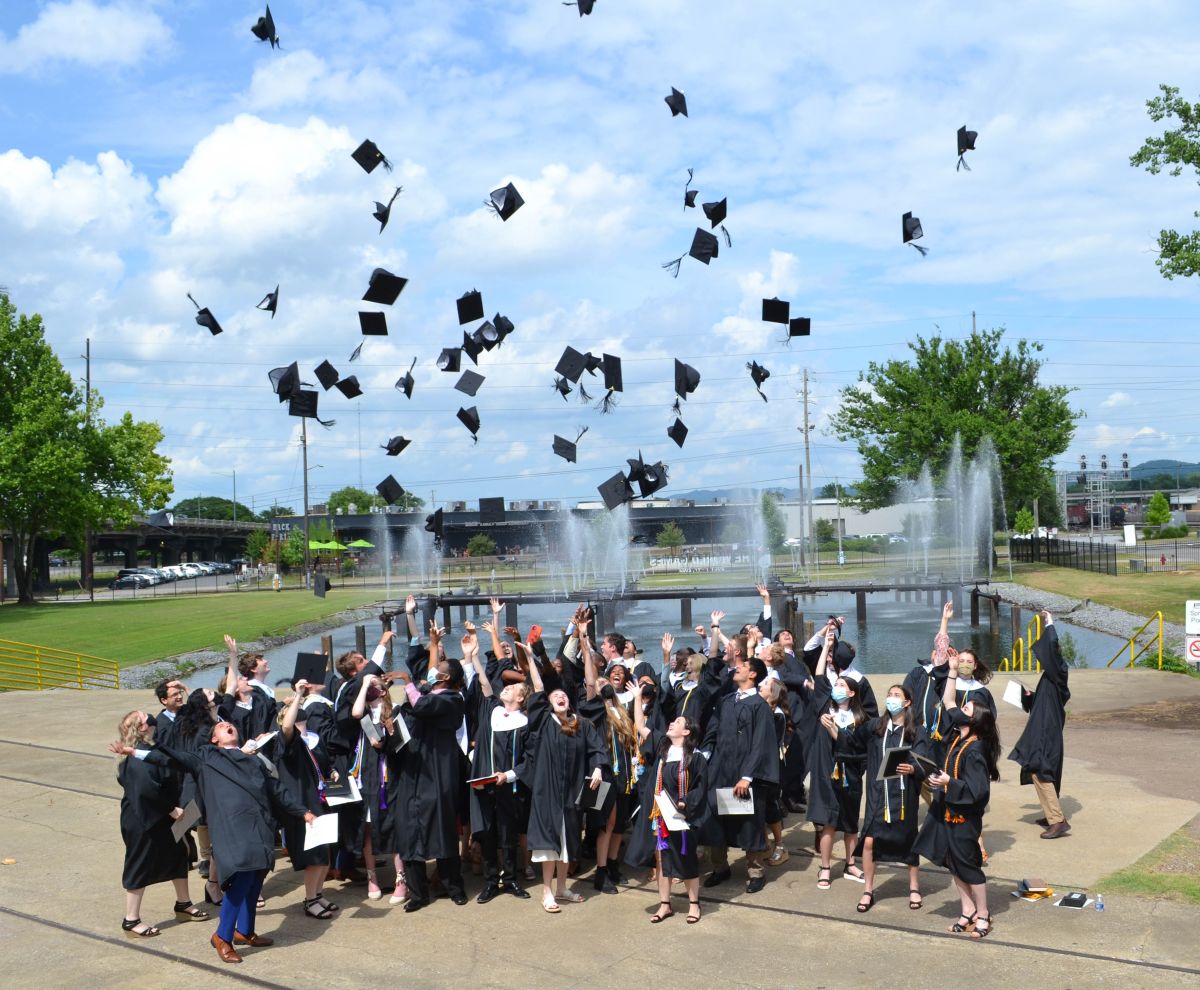 On Thursday, May 27, 2021, The Altamont School held its 45th graduation ceremony at Sloss Furnaces. Fifty-one seniors earned their Altamont diplomas. During the ceremony, Head of School Chris Durst welcomed families while Board of Trustee Chair Liz Edwards presented the diplomas.

The following seniors were presented with awards during graduation.

The Salutatorian award is given to the student in the class with the second highest grade point average and an impeccable record. The Salutatorian opened the graduation exercises. This year's salutatorian is Amelia Neiman.

This award honors alumnus Nii Amar Amamoo '97 and his unfailing sense of service to his school and his kind consideration of peers and teachers.

Margaret Gresham Livingston Leadership Award: Tyler Walley
This award is given to an outstanding upper school student who exemplifies the ideals of the Altamont school: truth, knowledge, honor, and a commitment to excellence. It honors the more than forty years of service to Altamont by Mrs. Margaret Livingston.

This award is given annually to the person who exhibits the greatest awareness of, and involvement in, the world around him or her.

This award is given to recognize exemplary student leadership within the school community.

Congratulations and best wishes Class of 2021!