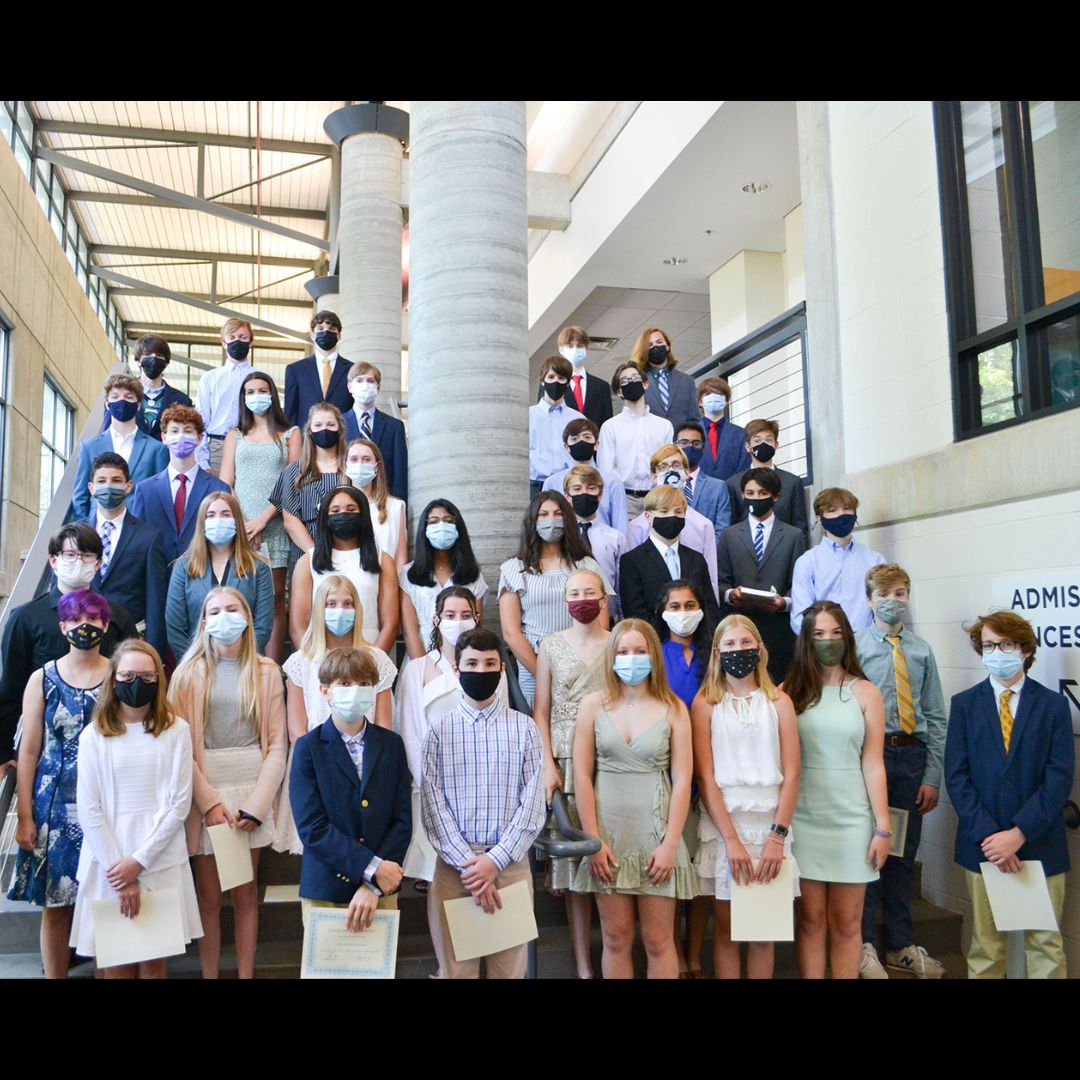 On the morning of May 25, 2020, Altamont held its Eighth Grade Commencement ceremony, welcoming the 46 members of the Class of 2025 to Upper School. Jordan Davis, Class of 2016, gave the commencement address.

Department-specific honors were awarded to the following students.

The Mignon Comer Smith Book Awards were endowed in 1968 by Mrs. J. Craig Smith to honor the most outstanding Middle and Upper School English students. The winner is Kaavya Karthikeyan.

The Francina Benejam Award is named in honor of Francina Benejam, who not only began the Spanish program at Brooke Hill in 1968 but also introduced the language to Birmingham audiences by teaching Spanish on public television for seven years.Starting with a class of only ten students at Brooke Hill, she eventually offered all levels of Spanish at Altamont and taught here for 19 years. The winner is Laura Spann.

The winner for the outstanding Middle School performance in Mandarin is Johnny Stumpff.

Established by friends of the school to honor Altamont's longtime Latin teacher and head of school, The Sarah Ward Whiteside Cup is awarded to our most outstanding Middle School Latin student. The winner is McNair Shah.

The Pignarre Cup honors one of Brooke Hill's great French instructors and is awarded annually to the outstanding Middle School French student.The winner is Mark Hanna.

The John Wallace Johnston History Award is an endowed prize for the most outstanding Middle School history student, given by Mr. and Mrs. Gilbert Johnston in memory of Mr. Johnston's distinguished father. The winner is Hannah Lebensberger.

The Warren R. Splitt Award is given annually to the outstanding Middle School science student who has exhibited curiosity about the world around us and diligence in pursuing knowledge in the physical sciences.This award is in the form of a cup purchased from a fund established by Mr. and Mrs. Robert F. Splitt in honor of their son Warren. The winner is Raju Sudarshan.

Congrats to all of our eighth graders and welcome to Upper School! #altamontproud