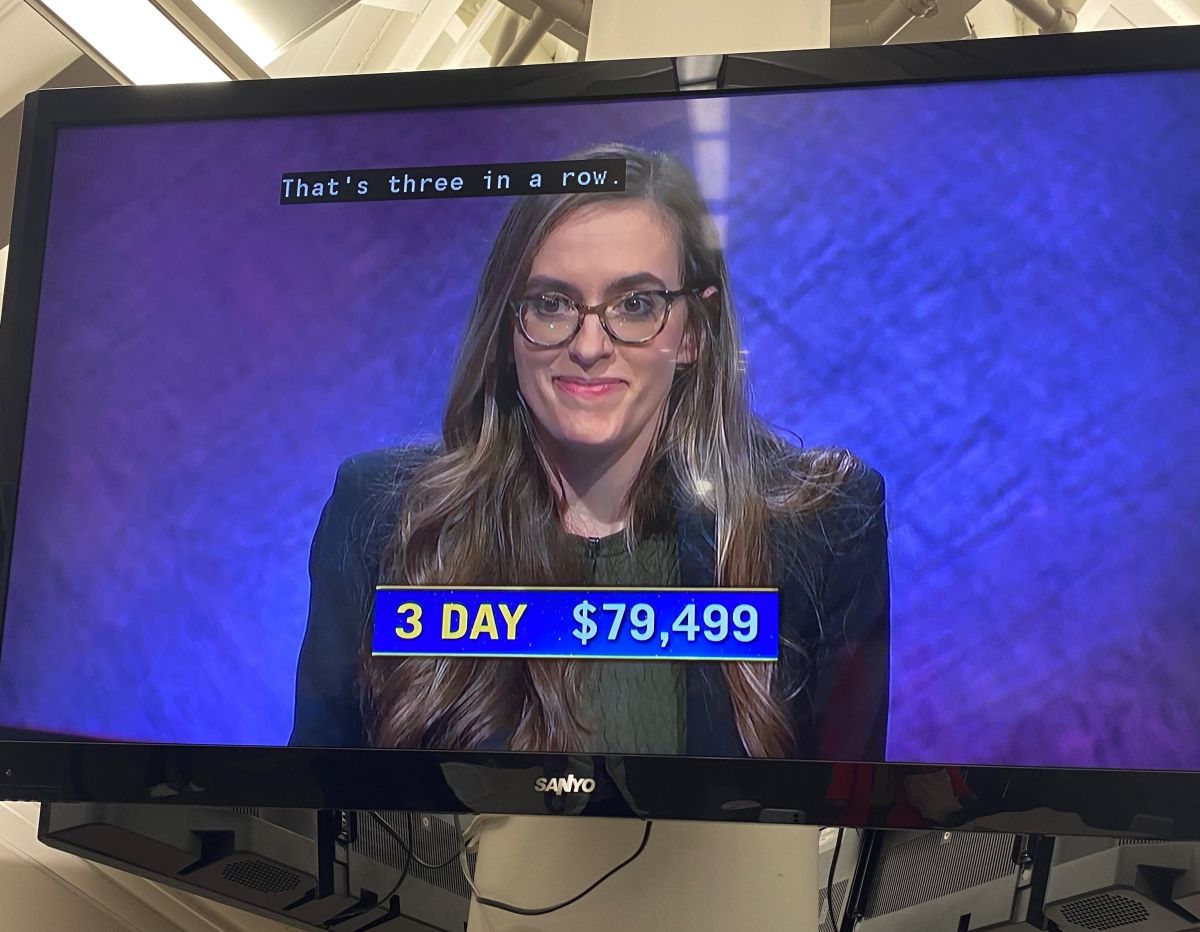 A dream came true recently for Lucy Ricketts, a 2004 Altamont graduate who completed a three-day winning streak on the popular gameshow, Jeopardy. Her final winnings totaled $79,499 but the memory of the experience was the real prize.

Lucy attended her last two years of high school at The Altamont School before graduating from The University of Alabama and Savannah College of Art and Design. She also lived in Atlanta before calling Los Angeles home the past few years. In fact, living in Los Angeles while being from the South gave Lucy the geographic diversity that made her stand out amongst the crowd. "My origin story on Jeopardy was necessarily complicated by the fact that, due to COVID, they were taking many more contestants from California," said Lucy. The show had three Southern cities to pick from as Lucy's hometown because she has lived in Tuscaloosa, Birmingham and Atlanta. They ultimately chose Atlanta by Lucy's request because her family lives there.

In the summer of 2020 Lucy took an online Jeopardy test one day on a whim after work. "I was notified that I passed into the second round of testing, which involved taking yet another test with a group of people over Zoom. I scored high enough to proceed to a third round of testing, which was a 'live' game-play round with other contestants," she said. After this round, the producers interviewed each potential contestant. After the interview, Lucy was told she was in the contestant lottery for the next 18 months. Surprisingly, she received a call about two weeks later from a producer giving her three taping dates before finally taping at the end of November with the show airing January 12.

Her taping was the first day Ken Jennings, the famous Jeopardy champion, hosted and was the first day for the staff to be back in the studio after the death of Alex Trebek. "That was an honor, but also [an] emotionally fraught experience," said Lucy.

While the Jeopardy experience was full of great memories, Lucy said her favorite part was "the way it felt to be up there, on stage, in the middle of competition. For someone who loves trivia that much, this is the moment you've worked for. To be doing the thing that you do best, on the biggest stage and everything forced into a flash of thought and movement is a thrill I don't think I could get anywhere else," Lucy said. She is also grateful to now be a part of the tight-knit Jeopardy community of other contestants and producers. "That is the part I wasn't expecting and have found the most joy in experiencing," said Lucy.

Her favorite question was "Final Jeopardy" on her first day. The category was "Famous Animals" and the clue was "when she first came to the world's attention in 1957, she was dubbed 'Muttnik' by U.S. journalists." The answer she correctly guessed is "Laika," the Soviet space dog who became one of the first animals in space. "Since I was a kid, I've had a horror/fascination with the animals sent up in early rocket tests and I can rattle off a list of names from dogs to squirrel monkeys, but Laika has always stood out to me as especially heartbreaking. There's also a well-known Oregon animation studio by the same name which, as an illustrator, I'm very familiar with and that helped it really stick," said Lucy.

Lucy has fond memories of her time at Altamont and appreciates the guidance and involvement of her teachers. "My favorite part of my time at Altamont would have to be the positive relationships with all of my teachers, who were always able to bring out the best in me as a student and didn't give up on encouraging and supporting me. High school is a tough time. My teachers at Altamont helped keep me going forward and developing that love of learning along the way, which is still so important to my life today," said Lucy.

And if you have ever been interested in trying out for a show like Jeopardy, Lucy would heartily encourage it! "There's no other experience like it. I would also add that it helps to have as broad a knowledge base as possible—listen to everything, read whatever is in front of you. There's information to be picked up all over the place and doing so and weaving the connections together in your own brain is key to success in trivia," said Lucy.

Congrats, Lucy! We are so proud of you!